A 43-year-old Wisconsin man faces up to life in federal prison on accusations he drove a 14-year-old Saginaw girl from her home to his, more than 425 miles away, with the intent to commit sex acts.

The teen was unable to communicate with anyone other than the man and felt she was held captive, locked away in his apartment, for almost the entire week she was missing, according to the federal criminal complaint against the accused.

The first charge carries a punishment of 10 years to life in federal prison.

The teen was reported missing April 15 after she had walked out of her Saginaw home and didn’t return.

The mother stated at the time she was desperate for any information, any leads as to where her daughter might be.

That night, Werner had parked his car about a block away from the home and was exchanging messages with the girl for a couple hours, telling her to bring drawing materials and clothes, according to the complaint.

The two had met on a website and then communicated on Kik Messenger, an instant messaging application that allows users to chat with a real or fake name, the girl told police.

Eventually, the girl sneaked out of a window and met him near his car, where he grabbed her wrist and put her in the vehicle, she told police.

The pair drove through the night and eventually reached the man’s apartment around 7:30 a.m. Sunday, April 16, the man told police.

An hour later, Werner awoke and thought to himself, “What the hell have I done?”

The teen told police Werner had touched her sexually and talked about raping her, the complaint states.

On Wednesday, April 19, Werner brought the teen a tablet to communicate with him while he was away, the complaint states.

The teen eventually used the device to communicate with others and relay her situation. On Friday, April 21, a woman who works for a nationwide crisis texting hotline alerted police of the situation, according to the complaint.

Through information the teen provided, police were able to find her location through tracking the IP address of her alleged captor’s Kik Messenger profile.

Werner stated the girl was inside and gave police permission to get her, according to the complaint.

The teen was found inside a bedroom and later transported to a hospital.

Werner was taken into custody and booked on Wisconsin charges. The state charges were dropped in favor of the federal charges.

Werner made an appearance on the complaint in the U.S. District Court for the Western District of Wisconsin, according to the U.S. Attorney’s Office.

He is detained and being transferred to Michigan. 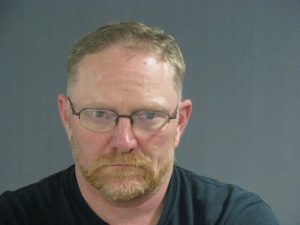