GRAND RAPIDS, MI — Police have released the name of a woman who died last week after the SUV she was driving more than 100 miles per hour on U.S. 131 flipped. 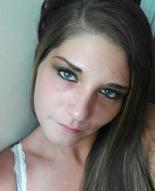 Breanna Stogsdill, 28, was killed as a result of the crash. Sgt. Brett Sova of the Michigan State Police said say they believe alcohol was a factor. The department is awaiting an official toxicology report.

The crash happened shortly after 7 p.m. on Wednesday, May 10, in the northbound lanes of the highway near the 44th Street exit, according to police.

A witness told police the SUV was traveling more than 100 miles per hour at the time of the crash. Stogsdill was ejected from the SUV, police said.

The crash shut down traffic on northbound U.S. 131 for several hours.

A memorial service for Stogsdill was held on May 13.