The fire that destroyed a Muskegon foundry overnight was likely caused by equipment failure.

Muskegon Castings Corp., located on Sheridan Drive in Muskegon’s Port City Industrial Park, is a loss following the fire that was called in just before 11:45 p.m. Tuesday.

Fire was throughout the building. There were mass amounts of smoke.

An estimated 40 employees were able to safely evacuate, Lewis said. Firefighters battled the blaze throughout the night and into this morning. The plant, which is part of the Port City Group, employs more than 100. 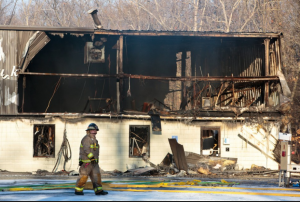