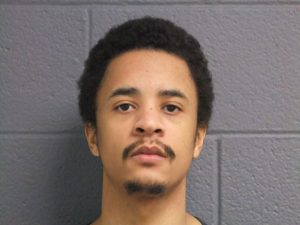 MUSKEGON, MI – The man whose car theft allegedly led to another man’s fatal shooting of motorcyclist Jacob Marc Rameau has been charged with Rameau’s murder.

Dashawn (or Deshawn) Andrew Boylan, 27, was scheduled to be arraigned Tuesday, Dec. 29, on a charge of open murder and being a third-time habitual offender. Because Boylan is already a resident of Kinross Correctional Facility serving a prison sentence for vehicle theft, the arraignment was to be on video.

Boylan is being charged on a “felony murder” theory – murder during the commission of a felony – according to Chief Trial Attorney Matt J. Roberts of the Muskegon County Prosecutor’s Office. That means he’s accused of being part of Rameau’s murder because his car theft, a felony, allegedly led to it.

At his own sentencing more than a year ago for car theft, Boylan told Rameau’s family, “I’m sorry I stole the car. I take full responsibility for my actions … I’m sorry.”

Of the shooting, he said, “I didn’t know about it. I have to say a thousand sorries.”