Gathering outside of the Grand Rapids home where Kiara Carter was fatally shot, friends and family remembered her as a “beautiful person.”

Carter, a young mother of a 1-year-old, was shot in the head about 7 p.m. Monday, March 20 inside of an apartment building at the corner of Kalamazoo Avenue SE and Worden Street.

Friends gathered on the building’s porch the night after the shooting for an impromptu candlelight vigil.

Grand Rapids police said Carter, 18, was one of several people inside one of the apartments when the shooting happened. Most people inside the unit fled before police arrived and detectives are working to identify them.

Her cousin said she was simply there doing someone else’s hair. 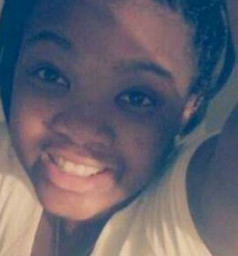 According to a GoFundMe page created by a different relative, Carter was the mother of a 1-year-old daughter and had three siblings.

The family member said Carter’s mother moved to Grand Rapids from Saginaw almost a decade ago to escape growing violence.