BAY CITY, MI — Some ecstasy combined with nostalgia for his boyhood home is what led a Bay County teen to break into a house to take a shower, have a beer, and watch TV.

If he manages to keep out of trouble for the next year, the felony he racked up won’t stay on his record.

On Monday, April 24, 18-year-old Luke A. Weismiller appeared before Bay County Circuit Judge  for sentencing on a conviction of third-degree home invasion. Weismiller had pleaded no contest to the count in March.

The afternoon of Feb. 19, Weismiller had entered a house in the 100 block of State Park Drive, only to be discovered by the residents when they returned home a short time later.

The judge asked Weismiller why he did this.

“I was just doing some bad drugs at the time,” he said. “Ecstasy messed with my head a little bit and I wasn’t thinking really straight. I’m willing do what it takes to get this off my record, move forward, and forget about this.”

“Did you ever think about the possibility that you could have been shot?”

“Not really,” Weismiller replied. “It was brought up to me later, but it didn’t cross my mind at the time.”

Sheeran delayed sentencing Weismiller until Feb. 5. In the interim, he’s effectively on probation. If he is successful on probation, then come Feb. 5, Sheeran will allow him to withdraw his plea to the felony charge and instead plead no contest to a misdemeanor count of illegal entry.

A condition of Weismiller’s probation is that he not go near the house he entered or have contact with its residents. 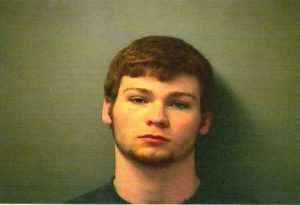