Once their prison terms end, they will be on supervised release for 10 years.

A third defendant, Michael Ray Noble II, was sentenced to four years in prison and five years on supervised release while charges are pending against a fourth, James Gabriel Smith, whose case was delayed by a psychiatric evaluation.

Police say the defendants advertised the girls on Backpage.com, using their photos, and arranged sex dates with men who called. The sex-trafficking operation lasted for a week in June 2016.

The girls were given alcohol and drugs and subjected to violence.

In one instance, one of the girls was sexually assaulted by three men while she had a gun pointed at her head. She wasn’t given any of the money and was told that “this is how things would be from then on.”

Noble was accused of driving the girls to meet clients. 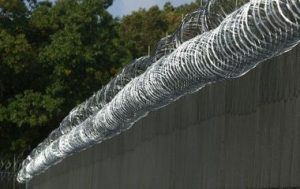