Chandler plans to wrap up work for Roosevelt Park Jan. 8 and start work Jan. 11 in neighboring city of Norton Shores, where he will be Director of Administrative Services/Assistant to the City Administrator.

“I am grateful for this opportunity and looking forward to working for the city of Norton Shores,” Chandler wrote in a statement. 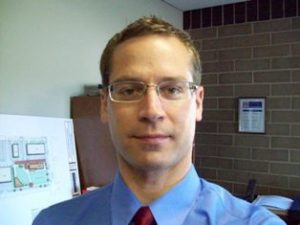 He has worked for Roosevelt Park since at least 2009, according to MLive Muskegon Chronicle records. He served as assistant city manager there from 2009 until 2011, when he was elevated to the city manager job.

The Norton Shores Director of Administrative Services/Assistant to the City Administrator has oversight of the city records, elections and purchasing functions, and serves in other important roles including as the city’s director of human resources.

“Certainly, he’s well qualified for the position based on his past experience,” said Norton Shores City Administrator Mark C. Meyers. He added that Chandler’s experience on intergovernmental boards in the county and familiarity with other local governments in the area is valuable.

Chandler’s contract with Roosevelt Park required him to give a 30-day notice before leaving. The Roosevelt Park City Council at a December meeting decided to hire an interim replacement, retired, former Muskegon city manager Bryon Mazade.

Roosevelt Park Mayor Allan C. Lowe III said that Mazade will also help conduct a search for the next city manager. The job description and application form have been uploaded to the city website. The position is also listed with the Michigan Municipal League.

Lowe said the city will be accepting applications until 5 p.m. Jan. 22 for the city manager job, which is a full-time position.

The city of Roosevelt Park consists of roughly a square mile south of Muskegon. The 2010 census found 3,831 residents.