Never get between a man with a pitchfork and his grilled meat.Tyrone GardnerMason County Sheriff’s Office

The man with the pitchfork, 53-year-old Tyrone Gardner, was sentenced to jail for a year Tuesday, according to Mason County Prosecutor Paul Spaniola. 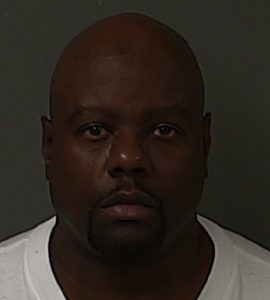 Gardner pleaded guilty Nov. 4 to attempted assault with a dangerous weapon as a fourth-time habitual offender.

The sentence by Mason County Circuit Judge Susan Sniegowski was in accord with Gardner’s November plea and sentencing agreement with the prosecutor. In exchange for the guilty plea, Spaniola agreed to accept a year’s sentence to county jail and dismissed the original charges of assault with a dangerous weapon, firearm possession by a felon and felon firearm.

The prosecutor’s office charged that Gardner committed the attempted assault in March 2014 while he was living in Ludington. Charges were issued a few days after the alleged incident, but Gardner left Michigan before he could be located and arrested. He was arrested in October 2015 in Ludington.

According to Ludington police, Gardner was grilling chicken and stepped away. When he returned, he saw a piece was missing from the grill.

Police said Gardner went to the home of the neighbor whom he believed had taken the chicken and stabbed the neighbor in the leg with a four-pronged pitchfork, injuring him.