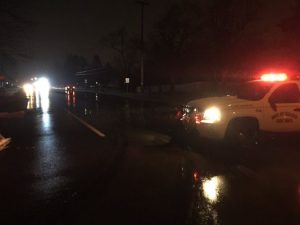 An 84-year-old man was hit and killed by a passing vehicle Tuesday evening on Wilson Avenue.

The man, whose name has not been released pending notification of family, was struck just before 6 p.m. near the intersection of Wilson Avenue and Richmond Street, police at the scene confirmed. He was found in the roadway.

Authorities say the driver is a 19-year-old Walker resident.

Wilson Avenue was closed between Remembrance Road and Richmond Street while police investigated.

Speed nor alcohol do not appear to be factors in the crash, police said.