Kevin Fenton walked into the Kent County Courthouse Monday afternoon intent on entering a plea to local charges of manufacturing and possessing Molotov cocktails, attorney Seymour Schwartz said. Instead, he was instead taken into custody by agents from the Bureau of Alcohol, Tobacco, Firearms and Explosives to face federal charges. 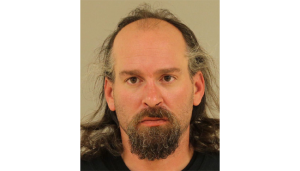 Schwartz said the local charges against his client were expected to be dropped.

Fenton was indicted later Monday afternoon in federal court on one count of possession of an unregistered destructive device. He decided to stand mute when asked how he wanted to plea, so the court issued a not guilty plea on his behalf.

Federal court documents obtained by 24 Hour News 8 shows Fenton is being charged for knowingly possessing five Molotov cocktails that were not registered under his name. If Fenton is convicted, the explosives taken from his car will be come federal property.

According to the court documents, Fenton was pulled over on 44th Street at Clay Avenue SW in Wyoming on Oct. 19. When searching his Chevrolet HHR, an officer found five glass bottles stuffed with rags that smelled of gasoline.

The officer said Fenton admitted he filled the bottles with gasoline and canola oil. It’s unclear where he was taking the bottles.

Schwartz said he doesn’t know why Fenton had the Molotov cocktails and that his client “hasn’t said much of anything.”

“Here’s what I think, he had them because he was target practicing. … Just shooting, everybody shoots guns. It’s America,” Schwartz said. “Well, if you shoot at a Molotov cocktail and you are a long ways away, you get to see that you hit the target, right?”

Fenton is scheduled back in court on Wednesday for a hearing.

He could spend between four years and 10 years in prison if convicted of the federal count.

**Correction: An earlier version of this article stated that Schwartz said his client had the Molotov cocktails for target practice. That is not accurate. Schwartz theorized that his client may have had them for that purpose, but said his client had not told him why he actually had them. The article has been clarified.