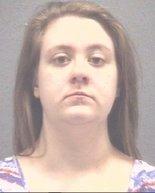 Kristen Marie Wilder of has been charged with two counts of third degree criminal sexual conduct involving victims between the ages of 13 and 15. The charges involve sexual penetration.

It’s alleged that she had sex with two different 15-year-old victims at two locations within the last three months.

Victims’ reports of the alleged contacts with Wilder were discovered by adults who called the police.

The case was investigated by the Fruitport Township Police Department, according to court records.

Wilder was arraigned on March 3 and her preliminary examination is set for 9 a.m. March 20. She posted a $25,000 cash or surety bond.

Third degree CSC is a felony punishable by up to 15 years in prison, though the actual sentence is determined by a judge based on state guidelines.