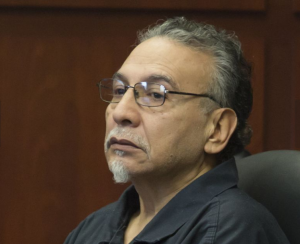 Judge Marietti of Muskegon County’s 14th Circuit Court on Monday sentenced Calanchi to a term in the Michigan Department of Corrections between 15 months and 7.5 years for assault with intent to commit criminal sexual contact.

The crime was alleged to have occurred Nov. 19, 2016, in Norton Shores. Calanchi pleaded guilty to his charge March 17.

“I’d like to apologize to my victim,” he said in court on Monday. “I feel bad for what I did. I accept full responsibility for what I’ve done.”

Calanchi went on to ask for forgiveness from the victim – and mercy from the court.

“I feel very strongly that I am not a threat to society,” he said to Marietti.

Calanchi was sentenced as a second-time habitual offender. He is already a registered sex offender from a 2007 conviction of assault with intent to commit sexual penetration. That offense, which took place in Ottawa County, also involved a teenager.