Your Facebook news feed has been flooded with posts on the manhunt for Steve Stephens.

He’s the wanted man accused of killing a random stranger on Easter and uploading video of the murder on Facebook.

Some posts you may have encountered declare Stephens was on his way to Akron. Others say he was spotted in Painesville or Lorain, among other places throughout the region.

We’ve talked to police, and have confirmed these details are false.

To urge the importance of only following accurate updates, Cleveland police issued a warning on Twitter late Sunday stating “misinformation in emergencies is dangerous.”

Stephens is wanted for aggravated murder in a shooting, which happened at 695 East 93rd Street.

Officials with the group said Stephens has been employed with the organization as a youth mentor and a vocational specialist since 2008. 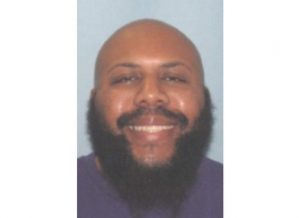