A man accused of killing his ex-girlfriend’s boyfriend in May 2016 pleaded guilty in the case Monday, April 10, in Kent County Circuit Court.

The murder trial was scheduled to start Monday, but the defense and prosecution reached an agreement in front of the Circuit Judge 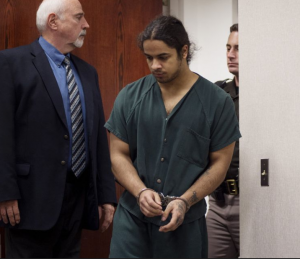 Angel Villegas-Guzman pleaded guilty to second-degree murder and felony firearm charges, according to the prosecutor assigned to the case. As a result, he avoided a first-degree murder charge, and the first-degree home invasion and carrying a concealed weapon charges were dropped.

Second-degree murder carries a maximum penalty of life in prison. A sentencing hearing is scheduled for 1:30 p.m. on May 11.