The Grand Rapids City Commission is planning to move forward with the use of license plate scanning equipment to enforce parking in the city.

The commission voted unanimously, 7-0, in its Committee of the Whole meeting on May 9, to seek bids for the scanners. A final vote to approve the measure is expected later.

Though both the American Civil Liberties Union of Michigan’s western region unit and a handful of residents at a public comment session lodged privacy concerns about the technology, commissioners didn’t agree.

As the technology would automate a process that is already occurring, Third Ward Commissioner David Allen said he didn’t see a reason to deny it.

Naramore said adding the scanners will help the department keep the costs of residential parking permits down as the program expands in the coming years, as they will require fewer staff.

The scanner would help the department determine if cars parked on the street and in city lots had valid permits. The system would use Automated License Plate Recognition technology to continuously scan license plates of parked cars, digitizes the plate numbers and then compares them to a database.

It would be separate from a similar system that’s been used by the Grand Rapids Police Department for the past four years.

The system would only work on permits where users have submitted their license plate information. Data acquired by the scanners would be stored on a secure parking department server that is separate from the rest of the city’s computer network.

Data would be deleted after 24 hours unless a parking citation is issued. The information collected would not be shared with any other department or external agency. 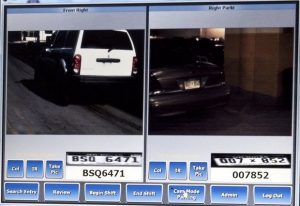