Jason Dalton is in Kalamazoo County Circuit Court this morning for a hearing on a motion to suppress his statements in the hours following the 2016 mass shooting.

Dalton, an Uber driver, is accused of going on a shooting rampage that left six people dead and two seriously injured Feb. 20, 2016, at three locations in Kalamazoo County.

In a brief filed in Circuit Court March 22, Dalton’s defense attorney argues that detectives violated Dalton’s fifth amendment right “to be free from being compelled to be a witness against himself” and his sixth amendment right to an attorney when they interrogated him in the hours following the shooting.

His attorney argues Dalton expressed 25 times that he did not wish to speak to Kalamazoo and Michigan State Police detectives, and in at least 15 of those refusals he invoked his Fifth Amendment right against self incrimination. 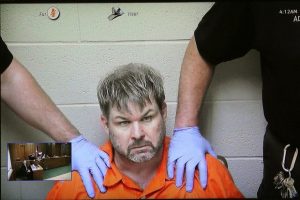