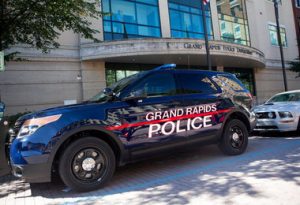 The 11 prospective police officers Grand Rapids wants to hire this spring make up the most diverse recruit class in the city’s history. The city’s police department put officer diversity among its priorities as it works to improve its relationship with the community.

For the first time since 2001, this latest set of recruits did not have to have passed the police academy before applying and did not have to have a college degree. After a recruitment fair last fall, the department sifted through almost 1,500 applications, Sundstrom said.

All 11 recruits are from Michigan. Ten are from Kent County, and three are city residents.

Here are the demographics of the new recruit class that the city is making offers to:

Here are the demographics of the Grand Rapids Police Department’s 294 officers, as of Friday, March 17: