Dustin Allen Szot died from prison fight that no one will be criminally charged for, and video evidence of which may never be made public.

Szot died Sept. 27, 2016, in the Michigan Department of Corrections’ Bellamy Creek Correctional Facility after a fight with another prisoner that guards tried to break up with Tasers.

Ionia County Prosecutor Kyle Butler on March 31 said that Szot died as the result of the other prisoner acting in lawful self-defense. To make that determination, Butler watched the video and read hundreds of pages from a police investigation into the fight about the incident.

But so far, Michigan Department of Corrections has refused Freedom of Information Act requests from media outlets. In denying FOIA requests for video of the fight that caused Szot’s death, the Michigan Department of Corrections said that released footage could threaten security at the prison by revealing fixed camera placement as well as the scope and clarity of the facility’s fixed and handheld cameras.

On Tuesday, Sept. 27 at about 12:05 p.m., Szot and another prisoner were involved in a physical altercation on an outdoor walkway at the prison.

The other prisoner in the fight has not been accused of wrongdoing. .

The prisoner said he was attacked by Szot and defended himself – that version of the story was supported by a brief statement given by a third prison as well as a video surveillance recording.

Each of the three officers is equipped with electric control devices, called ECDs or Tasers, which is defined as

Two of the officers deploy their devices at Prisoner A, who was on top of Szot at the time. The third officer, and one of the first two officers, then also deployed their ECDs on Szot.

The officers realize Szot was suffering from a medical emergency, unconscious with labored breathing. A wheelchair is provided and Szot is transported to the prison medical clinic within seven minutes of the altercation.

Szot is given medical treatment with an oxygen mask and an IV line. He is given CPR as well as other medical assistance techniques, but efforts to revive him are unsuccessful and he is pronounced dead at 12:49 p.m. – about 45 minutes after the fight began. 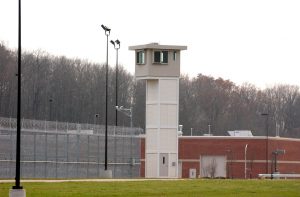