A Grand Rapids taxi cab driver struck and killed a man who he said was attempting to rob him early Thursday morning.

Early reports indicate the Calder City Cab Company driver was dropping off a passenger around 2 a.m. near the intersection of Fulton Street and Jefferson Avenue when the incident occurred.

The passenger allegedly threatened to assault the driver with a hammer in an attempt to rob him.

Police said the driver attempted to flee the area, striking and killing the man with his vehicle in the process.

Police have not released the names of the driver or deceased passenger. 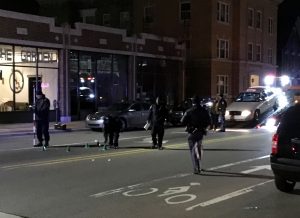